As I may have mentioned before in some of my other blog posts, the meat industry has a massive impact on climate change and is an enemy to the environment. Whereas it is advised to eat red meat a maximum of three times a week, the average U.S citizen (and most likely the average UK citizen) will eat their whole recommended amount of meat for that week in one sitting. With such a massive human population that is continuing to increase and go on to demand such a large supply of meat, a huge strain is placed on the planet. Deforestation, carbon emissions, transport fumes, high water usage, intensive dirty factory farms… these are all negative results of the meat trade. These are the things the planet faces because of the general publics’ desire to eat an unhealthy amount of meat with every meal.

That’s the bit that some people can stand to listen to. The strangest part is that most people cannot physically bring themselves to think about the most obvious negative impact of the meat trade. The abuse.

In the UK we think of ourselves as animal lovers, people who are able to show compassion to creatures. We have a booming pet population and it is encouraging how many people are beginning to come out and make a stand against cruelty such as fox hunting. It then makes very little sense that we struggle to see farm animals in this same kind and caring way.

And if you mention anything like this… people get very defensive and say that you are preachy or brainwashed. I do not believe this is true.

Science has proven to us that animals can experience pain and fear and a large array of other emotions. As a veterinary nurse I see this displayed every day in animals that we have in. I see them excited, I see them sad, I see them frightened (because of course, not all animals like the vets!). I have seen farm animals behave in this way too. Chickens that once lived the lift of a battery hen show great joy when they are able to bask in sun for the first time. And that’s a chicken-a  creature that many dismiss as simple brained. If a bird like a chicken can display such emotion, an intelligent animal such as a pig must have even more advanced feelings.

Despite having more humane methods then many other countries, the UK slaughterhouses are still very far from what you can call humane. Pigs, cows and sheep get driven to the slaughterhouse from afar, giving them time to become distressed from being so cramped, before getting taken into somewhere that could quite easily be a scene from hell. This is where you will stop reading, maybe, thinking that I am being too pushy and maybe you think you have heard this all before. But the truth is, many people physically cannot take it in and think about it properly.

Ex slaughterhouse workers can tell you the horrors that they saw on a daily basis- chicks being poured in a large mashing piece of machinery, cows not being stunned properly, pigs becoming terrified from the smell and pheromones as they wait their turn to be killed. From overhead birds eye view pictures, you can see large puddles of blood pouring out of these places. You can even see it from satellite imaging. That’s a lot of blood. And the truth is, none of this needs to happen. The earth would breathe better if it didn’t happen.

The reason I am writing all this is because I just saw a video of a pig being smashed in the face with an axe until his legs caved in and he fell down. Despite me not eating meat and not contributing to this trade, it still made me cry. It always does.

Since not eating meat, I have enjoyed my food so much more and my conscience has felt so much lighter. Ever since the day when I had been told that the food I had in my mouth was once an animal, it was always something that felt weird to think about, taboo to speak about. It was easier to just eat up without thinking. But how unfair is that on the animal being smashed in the face with an axe? It took some slaughterhouse videos two years ago to make me face up to it.

Living life as a vegetarian or vegan is not difficult at all- when it comes to eating. The difficulty is that when you mention it, people shut you down. You become the awkward, annoying and apparently preachy person. And it’s not like that. We just care too much to keep eating animals and to keep hurting the planet this much.

After all we are feeding the animal plants to then kill it to get the goodness from the plants. It makes no sense. It just causes the planet and the feathered or furry individuals a lot of grief, suffering and pain.

All I ask is that people at least ask questions about why they eat what they eat and whether they are happy to accept the consequences of animal suffering and planet pollution. And maybe try meat free Mondays or Veganuary. You might not find it as hard as you imagine and you are saving lives every day you can do it. 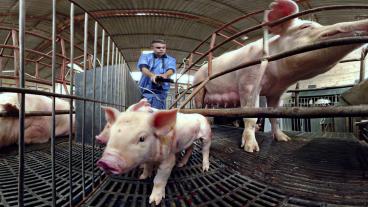 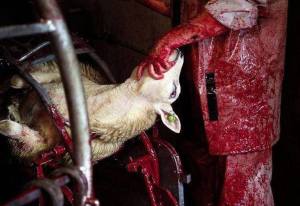 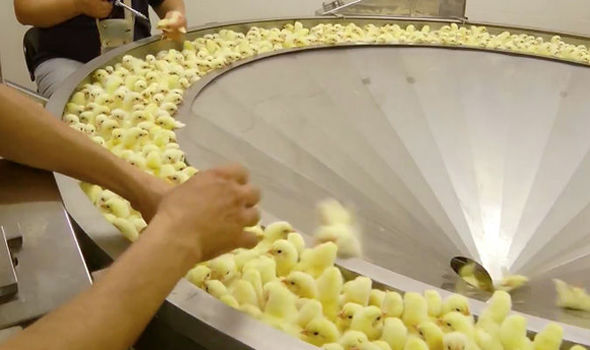